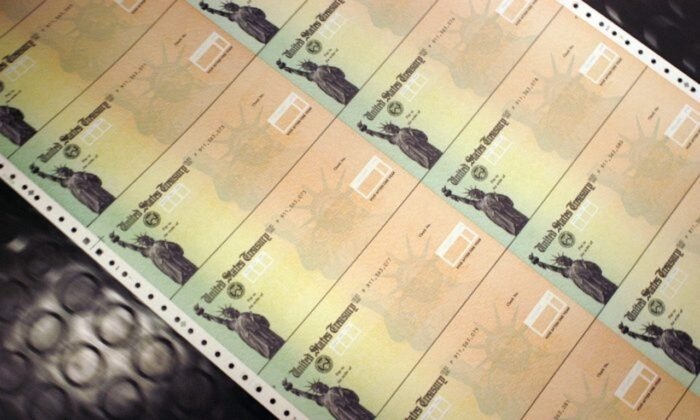 The Social Security Administration (SSA) is warning Americans not to trust unexpected offers to activate a Social Security benefit following the agency’s announcement that it would make a higher-than-usual cost-of-living adjustment for 2023.

“That unexpected offer from the Social Security Administration to activate a benefit increase is from a criminal and not the real SSA. Do not share personal or financial information. Do not click on links or respond,” the agency said on Thursday, describing such offers as a scam.

It warned that criminals continue to impersonate the SSA and other agencies to try and obtain an individual’s personal information, cash, or get them to download malware.

About a week ago, the SSA announced it would make an 8.7 percent cost-of-living adjustment (COLA) due to decades-high inflation, starting in 2023. The agency last week said that recipients have to do nothing in order to receive the COLA, which is automatically added to retirees’ Social Security payments.

But after the announcement, there have been reports of scammers who are trying to trick people into giving up their financial and personal information via “deceptive text and email messages that lure recipients to a fake Social Security website,” the SSA’s Inspector General said.

“Criminals falsely advise recipients to apply to receive Social Security benefits or extra money, such as a cost-of-living adjustment, or to set up an online account,” it said. “The message may also provide fake contact information for SSA.”

Generally, federal government agencies like the SSA or Internal Revenue Service communicate with people via mail, not through text messages or phone calls.

“If there is a problem, we will mail you a letter,” the SSA says. “Generally, we will only contact you if you have requested a call or have ongoing business with us.”

The COLA will into effect starting with the December 2022 benefits. Those appear in checks and payments that are sent out in January 2023, according to the agency.

Meanwhile, the 8.7 percent increase announced for 2023 is the largest since 1981—when the increase was 11.2 percent. The largest increase ever came in 1980 when the United States was in the midst of a deep recession and suffering soaring inflation.

Data released by the Department of Labor last week shows the consumer price index, a key inflation metric, reached 8.2 percent year-over-year.dicare premiums are going down and Social Security benefits are going up in 2023, which will give seniors more peace of mind and breathing room. This year’s substantial Social Security cost-of-living adjustment is the first time in over a decade that Medicare premiums are not rising and shows that we can provide more support to older Americans who count on the benefits they have earned,” Acting Social Security Commissioner Kilolo Kijakazi said in a press release last week.